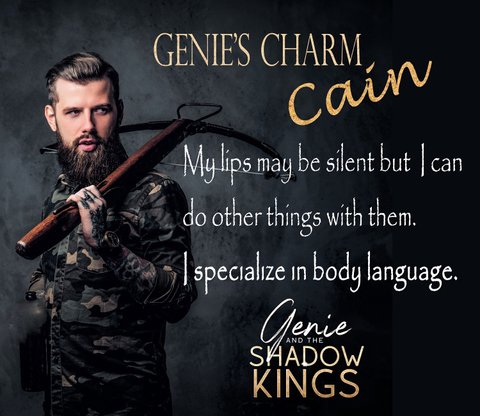 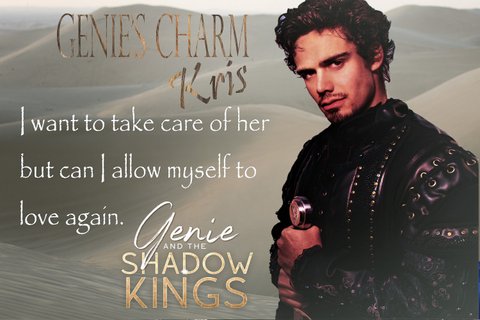 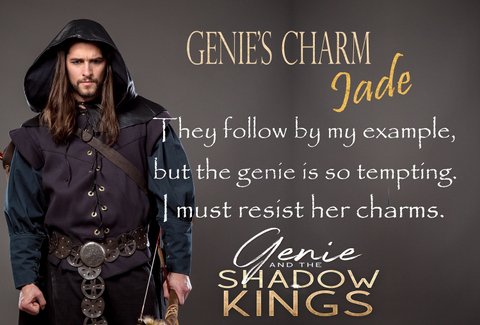 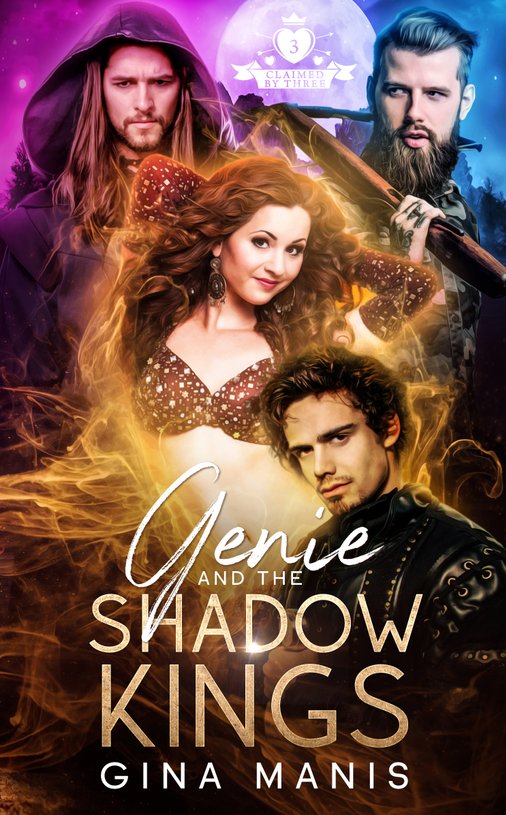 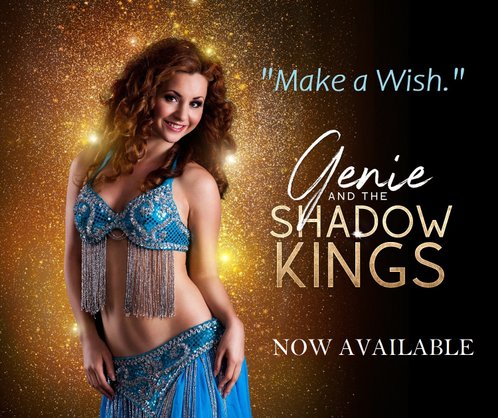 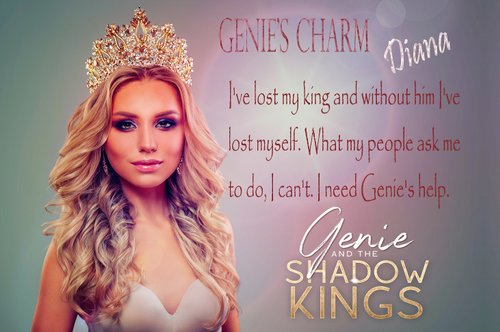 Meet Genie
Once there was a girl named Hanna who was in love with two humans and a Shadow. She married them all, and they were incredibly happy together until the lunar cycle came. One of her human husbands changed, becoming a vampire. He no longer wanted to share his wife, so he killed the Shadow and other human husband, taking her as his alone.
Hanna grieved for all her husbands as they were lost to her. She hated what her third husband became and for taking her away from everything she knew. He raged against her in violence, taking her mind, body and eventually her soul.
The vampire loved his wife despite his treatment, keeping her from death the other vampires would have taken. Because of his love, he became stronger than the others and none could stand against him. He became the Dark Lord and made Hanna the first slave to the vampires.
Hanna was lost in despair, giving up on life as a slave to her vampire husband. When she realized she was with child, she knew she had to escape. One day, walking along the shores, she found a hemp plant. Before she could be caught, she ate it, poisoning her blood for her husband to feed on her later. He was too strong for it to kill him, but the plant weakened him enough so she could flee.
On her own, with a child on the way, Hanna ran as far as she could to get away from him. The far desert lands became her sanctuary. She lived in the open where the sun shined brightly, repelling him from ever coming for her or the child. In her travels, Hanna came across the lamp, and from it, the genie appeared.
For her first wish, she wished for Crystal Kingdom. A place of beauty where light could shine through its walls, as she depended on light for her sanity. Hanna’s second wish was for the barrier field to repel any vampire from setting foot within Crystal Kingdom. She was safe, and so was her son. All the humans who wished to live among her lands for security were welcome.
Once that was finished, Hanna didn’t know what else to wish for. So, she held onto her wish, and the genie stayed with her and her child. As the years went by and her son grew into a man, he fell in love with the genie. For Hanna’s final wish, she wished for the genie to be free, but nothing happened. Genie was still a genie, and the lamp wouldn’t let her go.
Hanna was determined, though, to see her friend free and her son happy. Since her third wish did not come true, she decided her fourth wish would. After all the years spent with the genie, Hanna knew what a genie’s life had to offer.
The death of her husbands still ate at her spirit and kept her soul dark, even in the bright lights of her home. The years of torture and abuse from her third husband still lived within her nightmares, yet there was still a longing she felt for him.
Her son was grown and strong now, and she could go back if she wanted to. Doing so would mean becoming his slave and to a cruelty he could not control.   She knew her husband would eventually kill and make her into a vampire. Hanna couldn’t stand the idea of becoming like him. For her last wish, Hanna wished to become the genie of the lamp. Her wish came true.
A piece of the past.
The Genie of the Future.
Book 2 Coming in 2022

Genie and the Shadow Kings

Nothing ever happens in a genie lamp.

I get my kicks watching the parallel worlds that I am thrown in and out of as I serve my masters. All their wishes are the same. Wealth. Power. Fame. I give it to them and move on because my freedom is never their wish.

These newest three masters are different, and it isn’t because they are half Vampire. They did not mean to rub my bottle and have no desire to collect their wishes. Instead, they want to give them to someone else. Who does that?

They drag me through their world, and for the first time, I am in one place long enough to feel human. A desire for a true life awakens in me, and I can taste my freedom in their touch.

What would it be like to be claimed by three? I will use every trick I know to find out.